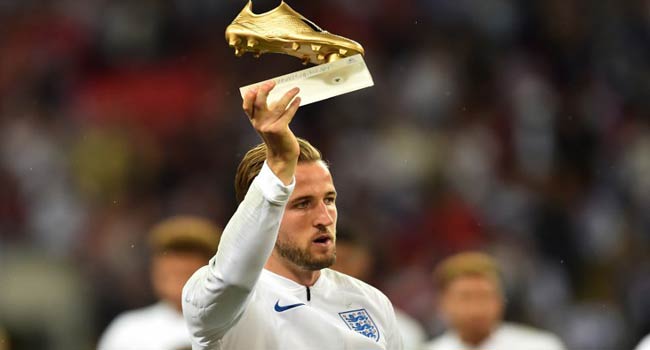 England’s striker Harry Kane is presented with his Golden Boot award for being the top goal-scorer at the 2018 World Cup in Russia ahead of the UEFA Nations League football match between England and Spain at Wembley Stadium in London on September 8, 2018.

England captain Harry kane finally acquainted with the Golden Boot he won at the World Cup ahead of the Three Lions’ Nations League opener against Spain on Saturday.

A near capacity 90,000 crowd at Wembley came to show their appreciation of England’s run to the semi-finals in Russia for the first time in 28 years.

Kane, who scored six goals in seven games, was presented with the award by England manager Gareth Southgate before kick-off.

To mark the occasion, the Spurs striker wore a special pair of gold boots for the clash with the 2010 world champions.

Back to Top
Close
×

Click one of our representatives below to chat on WhatsApp or send us an email to admin@samgist.com